Having just watched it again, I still think people are underestimating how good a coaching masterclass this was by Eddie Jones

Having just watched it again, I still think people are underestimating how good a coaching masterclass this was by Eddie Jones.

I’m sure Eddie would have been a very happy man when the All Black team was announced on Thursday. The All Blacks went for size, indicating they expected England to play tight. The old story being that the English can only play 10 man rugby and hence that is what we expected them to do.

Then the early stages of the game, the All Blacks went for a defensive alignment that suggested they expected England to box kick. There are two standard defensive formations the All Blacks have played with this year. One with Mo’unga as a 2nd fullback / blind wing and one with him defending at 13. When he defends at 13, Bridge or Barrett is typically back for the box kick. It’s a defensive scheme that the Crusaders use a lot. It means if the kick does come, Mo’unga can drop back into the wider channels.

Eddie having planned for the above then decides to play a wide gameplan. This catches the All Blacks off guard. Jon Preston used this play below to say they were targeting Mo’unga. This is a little while after he got beaten by Daly on the outside. Mo’unga and Bridge are caught in a 4 on 2 so go into a drift defense. Savea comes across the English make ground on the inside with Aaron Smith well out of position for his sweeper. The key for the English was quick ruck ball. Look at the 8 All Blacks on the other side of the ruck marking three Englishman. 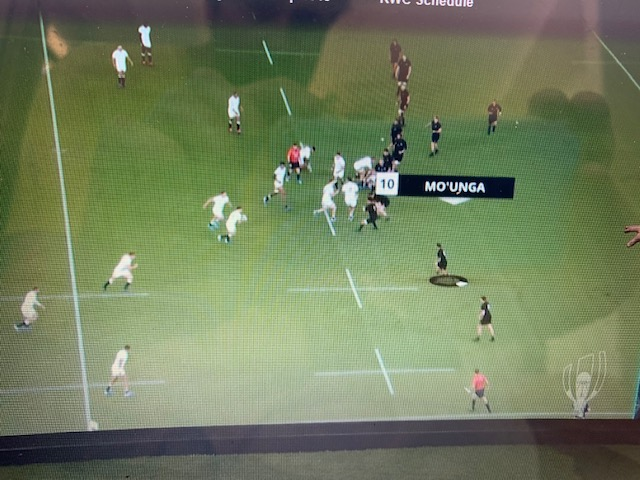 A few minutes later they find space on the other side of the field. Again a 4 on 2, in this instance Reece makes a gamble rushes at and stops it. They did this routinely in the first half. Preston at half time said their formation was set at targeting Mo’unga. Whilst they did try to stand him up one on one a few times, their structure seemed in my view designed to move around our slow forward pack. When you watch the breakdowns prior to these overlaps, the English 6 and 7 were dominating. Putting Cane on the bench was a big error. 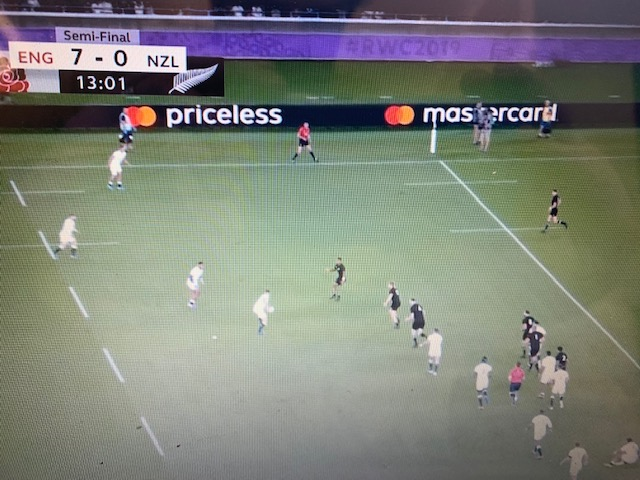 The English could have scored a lot more points in the first half but finishing let them down. Also numbers 11-14 for the All Blacks scrambled really well in difficult situations.

The other thing that stood out in the first half was the interplay of the English forwards, from 1 to 8 the offloading and the skills were superb. It created go forward and kept the play alive. Read and Retallick topped the missed tackle count and the All Blacks pack couldn’t match the pace or the intensity.

When the All Blacks got the ball the English defence was incredibly well prepared. They knew the All Blacks patterns well. Mo’unga and Barrett both played terribly mainly because the English knew what they were going to do. Take the Barrett intercept for example. There is only one place the ball is going. Tuilagi rushes up and takes the option away (also, he was well onside). Tuilagi was huge on defence. 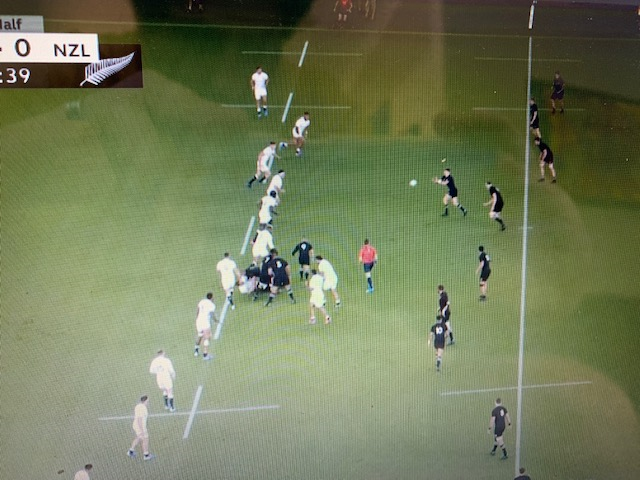 There were multiple situations in the first half where the outside rush took away the support play and Barrett or Mo’unga had to hold it. This was usually followed by a poor kick.

In the 2nd half the All Blacks looked to play with more depth but the English targeted the established forward pods. Here’s Tuilagi again rushing up on Retallick and killing a large overlap. 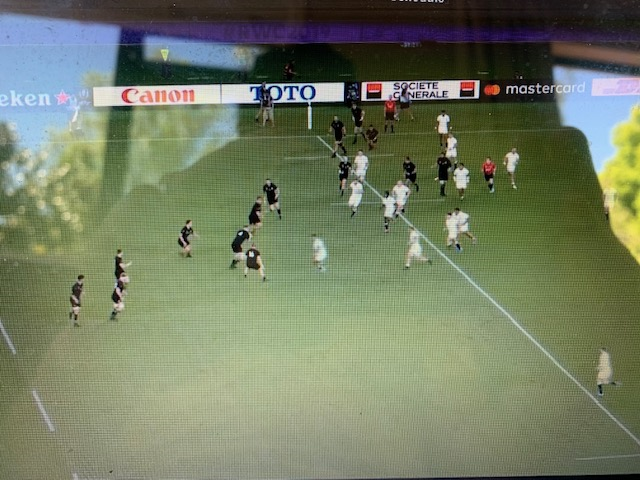 Here, Underhill lines up Read. They knew exactly who to target. Underhill was superb, possibly the best performance I’ve ever seen from an English 7. 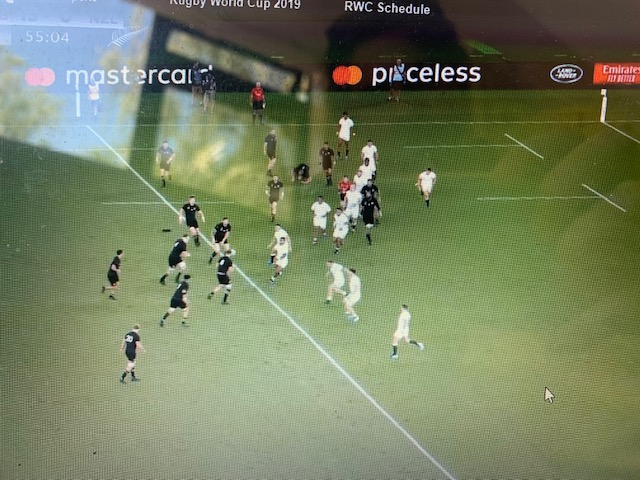 The All Blacks could not get into the game at all. Eddie had a plan for everything, right down to when Jordie Barrett came on for Bridge. The very first play he was on, they put up a high ball, he didn’t attack it and Itoje recovered. The kick came from an odd position after a kickoff too so you could tell it was a set plan.

Overall, the All Blacks were out-thought and out-played. The biggest difference was the skills and the pace of the English pack. Itoje was my man of the match but Lawes was great, Sinckler has matured into a allround player, and the Kamikaze kids are fast, strong and smart. Eddie Jones has done a phenomenal job. Also, so has John Mitchell.

Which brings me to the next All Black coach, whoever gets the job is in for a tough task. We can argue about back selections as much as we want but forward depth in New Zealand is poor. When was the last time we got truly excited about a tight forward prospect coming through? The reality is Franks hung on for a few years because no-one was sticking up their hand and if Angus Ta’avao is the answer I’m not sure what the question is. There have a been a few age group stars that have faded (Akira Ioane, Aumua) but no-one is really challenging for a spot. No 6 or 8 has been consistent and that led to playing 2 sevens. We lack good ball runners and the interplay and the offloading we saw from the English pack was non-existent from the All Blacks.