Nick the Aussie on Bledisloe One

I’ve calmed down a bit now, having had to go pay $430 to get my daughter’s macbook fixed after she spilled water on it last week.

That whole process - forking out money to Apple

And before you get going: I completed my field test with NSW Rugby and am an accredited ref so I come from a position of knowledge on this. So… yeah… suck my balls all of you armchair fucking refs 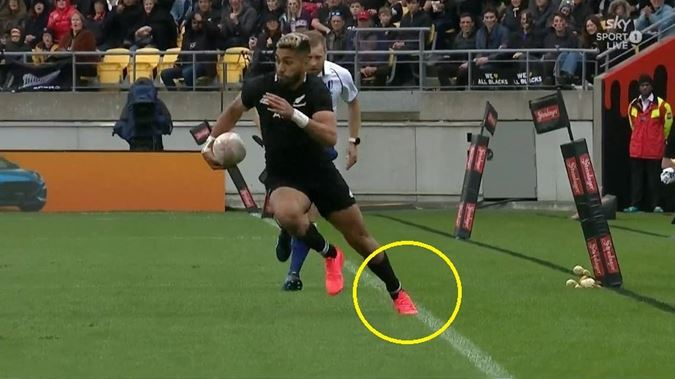 As an introductory note: how AFG missed that foot on the line will forever be a mystery. You make a living out of this Angus. The lines are nice and straight. Stick your fucking flag up. Does it make some kind of cosmic justice thing when Ioane refuses to mess up his hair while dropping the ball later? No. It does not.

Some refs - a lot of the French ones - just let players sort it out, mostly. Sometimes that can looks weird, but then they make a decision and you figure they’re just keeping the threshold for intervention high i.e. they don’t want to be the star attraction. Sometimes the decision made is a head scratcher but you sort of accept French people are weird and move on.

Williams tends to avoid decisions whenever he can - even when it is blindingly obvious that a decision needs to be made. In the first half Mounga gets rid of the ball and a full second later Wilson absolutely clatters him - right in front. Williams sort of puts his arm out and then does nothing. Just gets on with things. Multiple tackles from both teams go high - not dangerously so, but potential for escalation which should be ruled on early to set a marker - and he does nothing.

) because it is well past the back of the ruck when he finishes trying to piss off Aaron Smith (a noble pursuit). But I counted at least three times for each team where a cleanout happened from the side of the ruck and did zero.

Of course, there are the big ones - the biggest of which is probably the two scrums later in the second half where Alalaatoa hands out a complete reaming to Karl T (who packed at an angle, pushed at an angle, and got folded into an angle on the ground), and tells the Wobs “you’re not getting it”, then does Sio for exactly the same thing at the next scrum. What were the fucking ARs doing while Alalaatoa was introducing Big Karl’s forehead to the turf?

I’d love to be a fly on the wall at the referee review. It isn’t easy - I know that from personal experience even at my gumby level of refereeing. But there are head scratchers and then there is out and out inconsistency that leads to incompetence.

EDIT: oh and the 2 short arms against Australia for going early at scrum time? Every fucking ref knows that the second one is a penalty you tit.

All that said: you’d have to say that is a fair result in that NEITHER team deserved to win.

Wallabies lineout and ruck work was bad. The backline had a couple of flashes running that short side, but were given a mountain of possession and achieved very little with it prior to the rain hitting. The scrum was inconsistent (even if Ofa gamed the ref into giving some short arms), and the work off the back of said scrum was ponderous.

White’s long passing game was sub-par but his running was good. Option taking from Toomua was often poor. JOC was solid but not spectacular. I thought Paisami was workable and Daugunu was rocks and diamonds - that offload to DMac when he made a break was crap, but he skinned the defender a couple of times with pace and a bit of good work from his inside men. Forward pack was OK bar the lineout - I thought Matt Philip and Harry Wilson were very good on the carry.

Overall surprised Wallabies were still in it despite operating a couple gears lower than the ABs. But our handling seems to have improved bar a couple of absolutely howlers (that set move before halftime).

Speaking of whom: handling errors must have been killers for you guys. I think ?9? in the first half alone? Very much NOT like an AB team and you’d have to say the crucial one was the dropped ball over the tryline. Sorry Rieko but the game is about more than your hairstyle getting messed up, sunshine.

When they had the ball, the decision making was rapid and generally accurate from Smith but everything else was a bit meh. Besides the first try they didn’t really execute a backline move with precision and there wasn’t much first phase attack that really stood out. Defensively very good which you kind of expect these days.

Sam Cane was a fucking monster and easily MOTM for me. The number of times he saved the collective arse of the national pride was sublime. Honourable mentions to Harry Wilson on debut.

Both teams will be better for it, but I think barring injury we’ll see an unchanged Wallaby side in Auckland while the pressure will come to bear on Foster over what he picked for today and it’ll put a laser focus on what he picks next week.

The issue for AB fans is this: after a close game against the Wallabies (or * gasp * a loss) they’re used to their team absolutely smashing them next time. So it is a cliff face of expectation, and I know someone like Cane will relish that.

Foster? Not so sure.